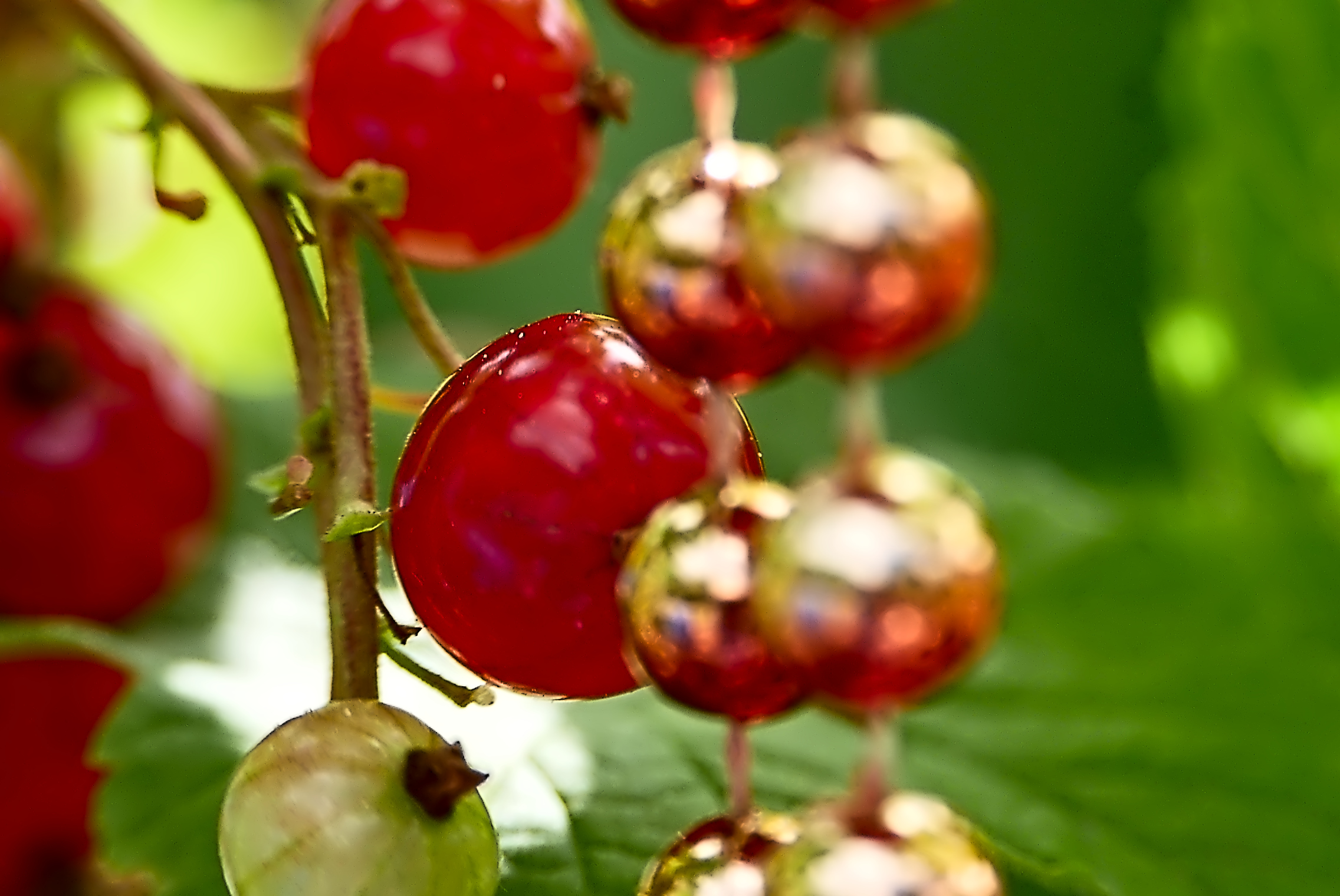 OK, so we like fruit – fresh fruit straight off the bush.  The problem is so do the birds.  So what do we do about it?
We can put up netting but sometimes that’s not practical (e g. when you’re growing cordons along 32 foot of 8 foot high fence).
In addition to that as well as keeping the birds off the fruit it keeps them away from all the insect pests that also like your fruit bushes.
Last year, after having the few red currants I had stripped of the bushes the moment they were ripe I had an idea. – train the birds not to eat red currants.
Totally ridiculous idea I know but this is what I set out to do.
I had lengths of decorative beads, about the size and colour of red currants.   These were cut up into 6-8 inch lengths, doubled over and a length of twine tied in the middle 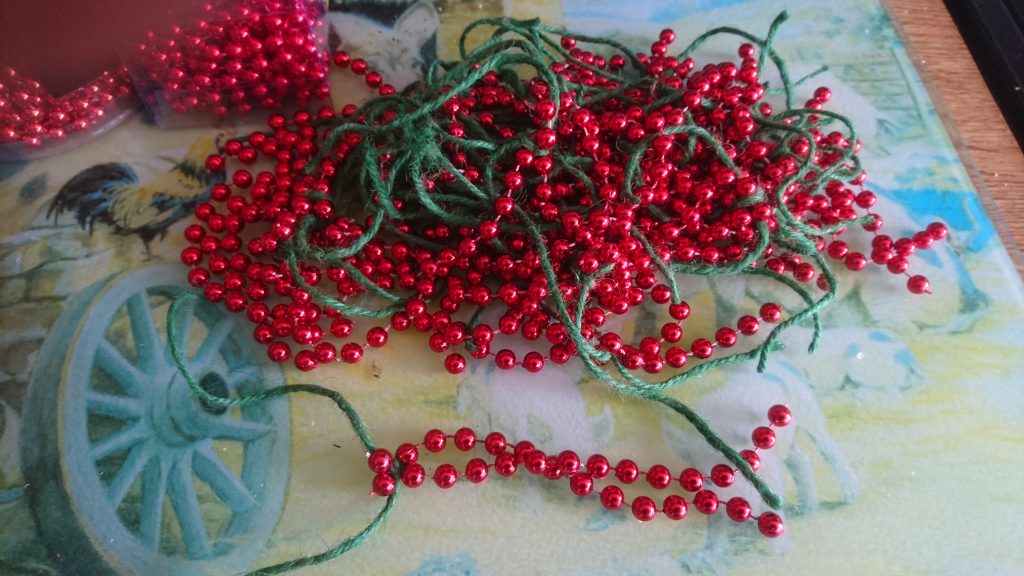 When the red currants were starting to flower and form fruit these mock currant strings were tied onto the fence around the areas with the most clusters. 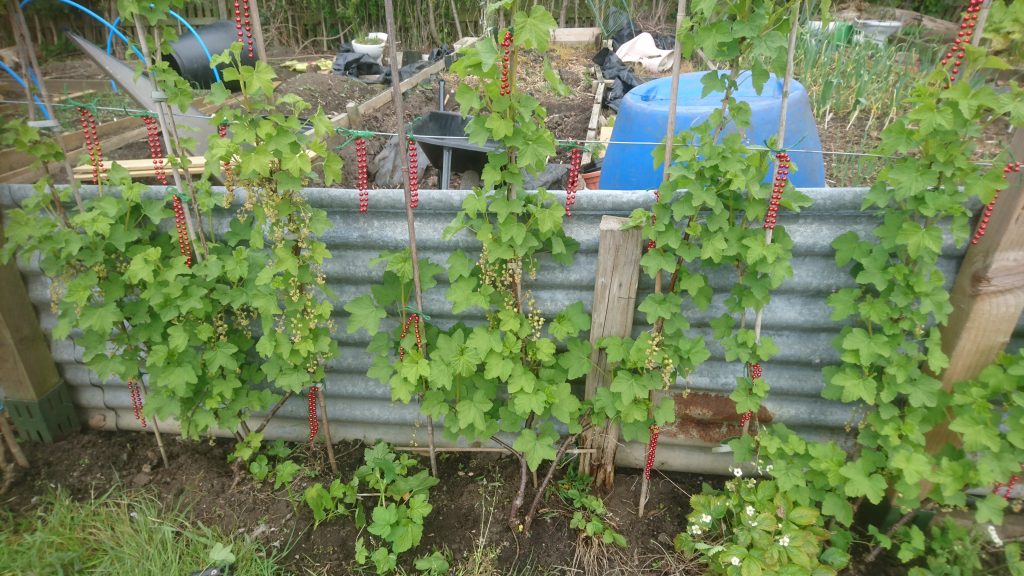 Within minutes of completing the job I noticed a pair of blackbirds checking them out.
They looked good,  if somewhat odd on a Newcastle allotment but, as time went on and the bleaching effect of the sun saw the colour of the beads change from red to orange and then to a metallic and looking less like currants, my hopes of success started to diminish.
Then it started to happen.  Berries started to turn white, then orange,  then red.   As days ticked by more and more currants ripened and, more importantly,  the ripe currants were still there.
Feeling well chuffed with the harvest and after plucking off all the stems and unripe currants I ended up a tad shy of 1 pound of fruit.  A nice little harvest from 3 triple cordons that are still being trained to shape. 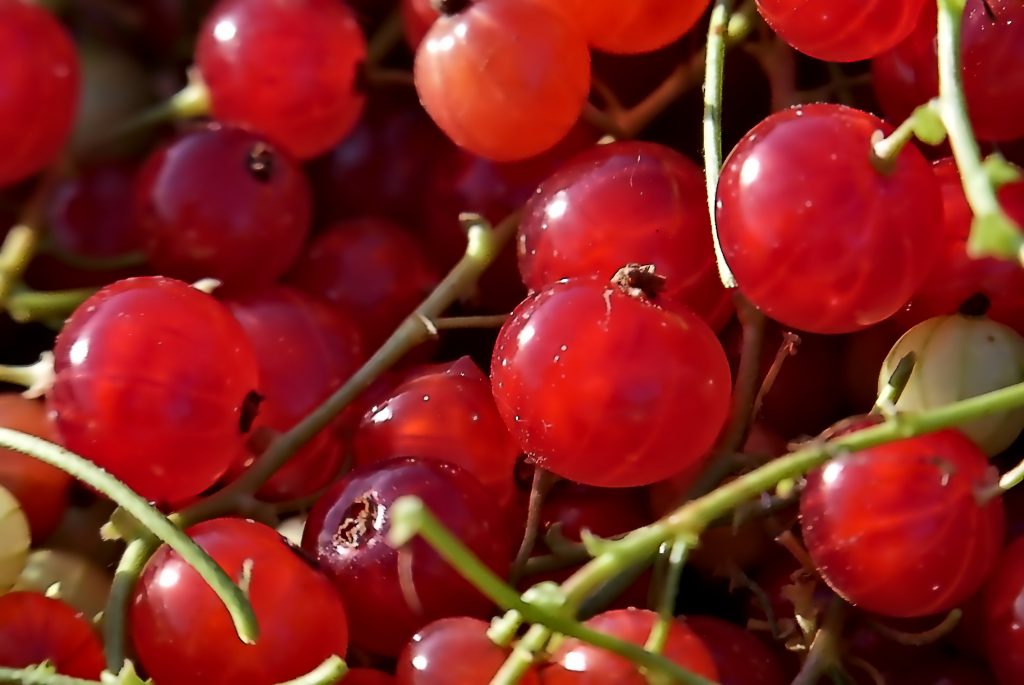