Having planted out my Babington Leeks in Autumn I’m pleased that not only have they survived but have thrived. 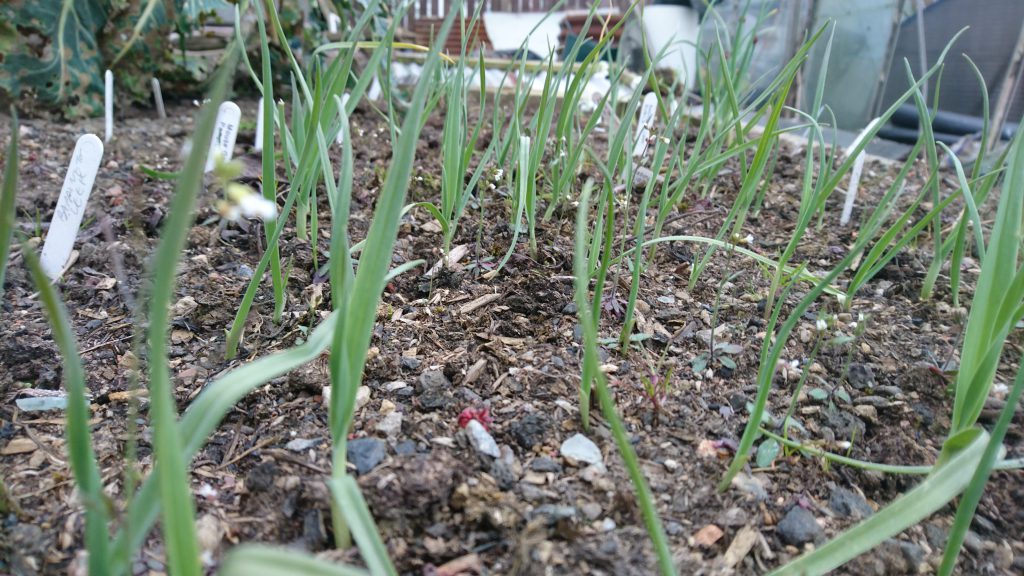 The little leeks above are grown from a pack of bulbils I bought on ebay. 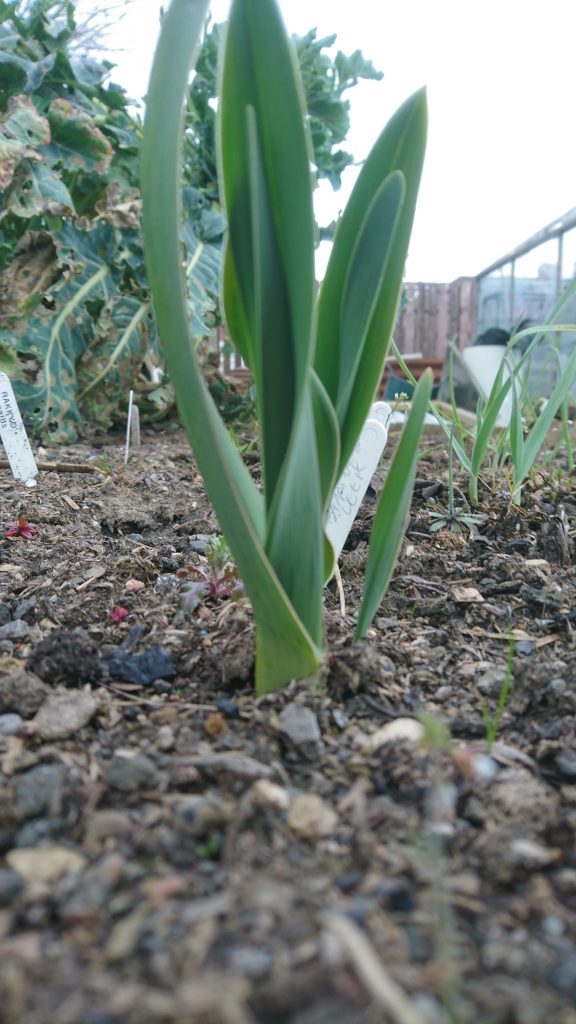 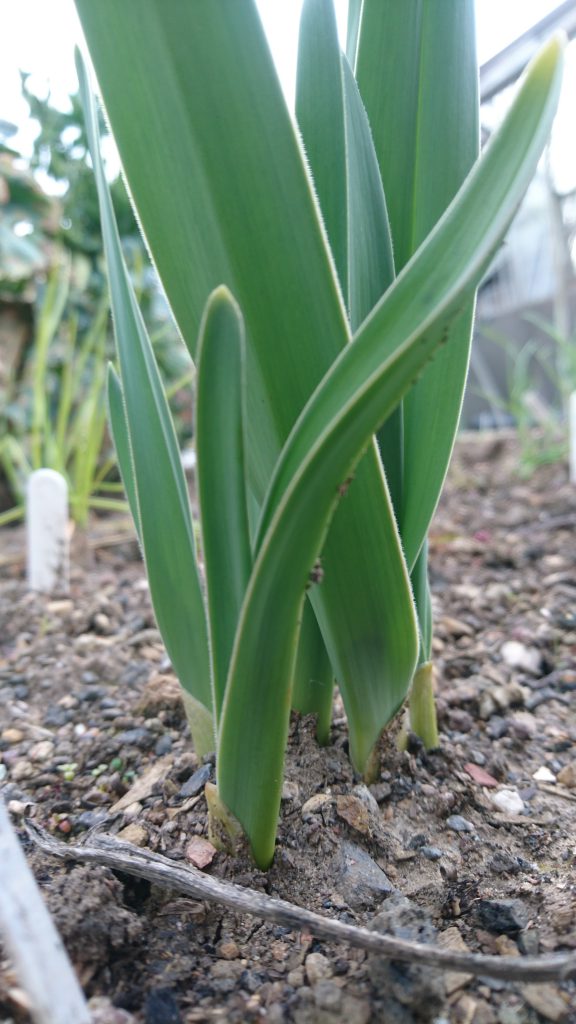 In the photo below you can see that the one bulb which hasn’t slit has reached a larger size and looks ready to harvest.  As I’ve not harvested Babingtons before and I don’t know anyone who has I ummed and erred trying to decide if I should harvest it this year or let it grow and harvest next year. 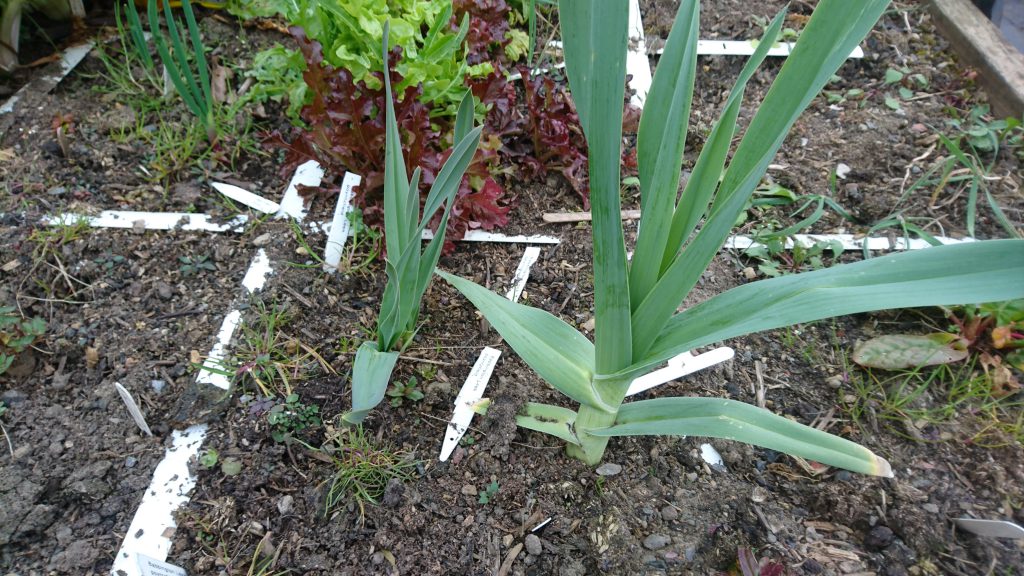 What the hell, I still have 10 more mature plants and loads of bulbils so I decided to go for it.  Some of the sites that mention harvesting say cut it off at ground level and let it grow back – this way would mean I get the green but virtually none of the shank, so I decided to dig down a bit and cut the shank off just above the bulb. 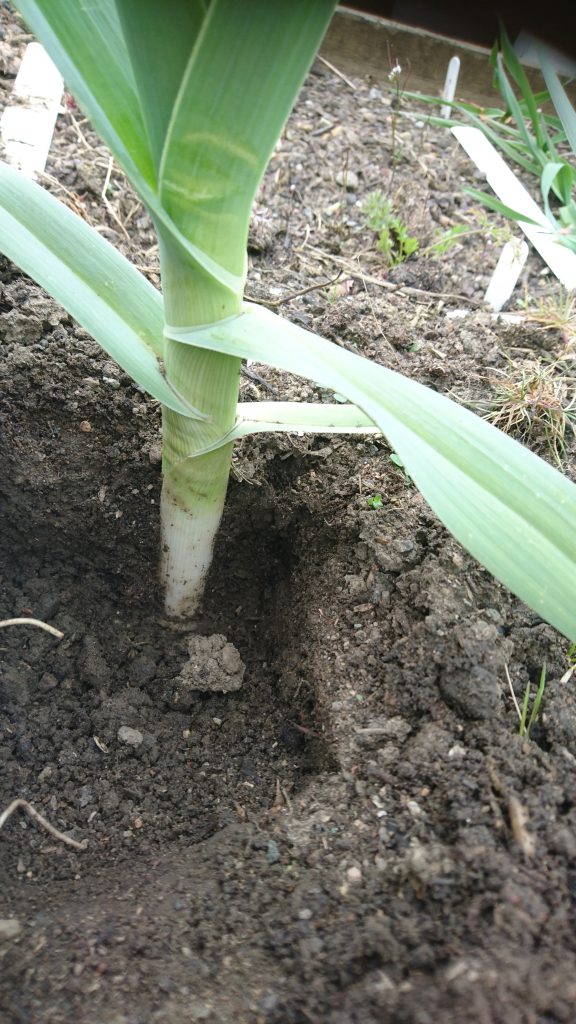 Whilst I was at it I decided to harvest one of the Elephant Garlics to see what that tasted like as well. 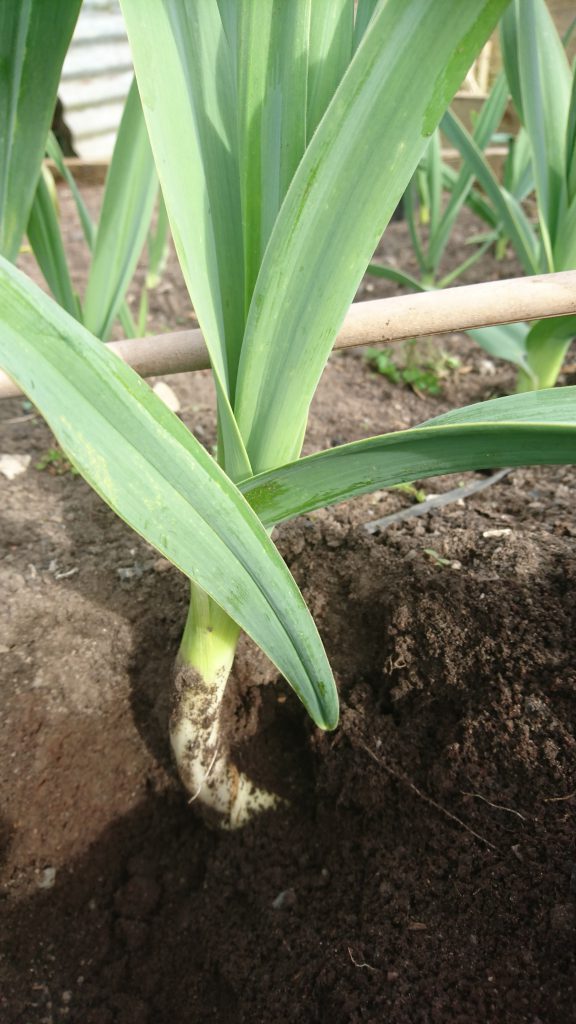 Looking at them side by side there isn’t much different – the Elephant Garlic had broader flags, but that was about it. 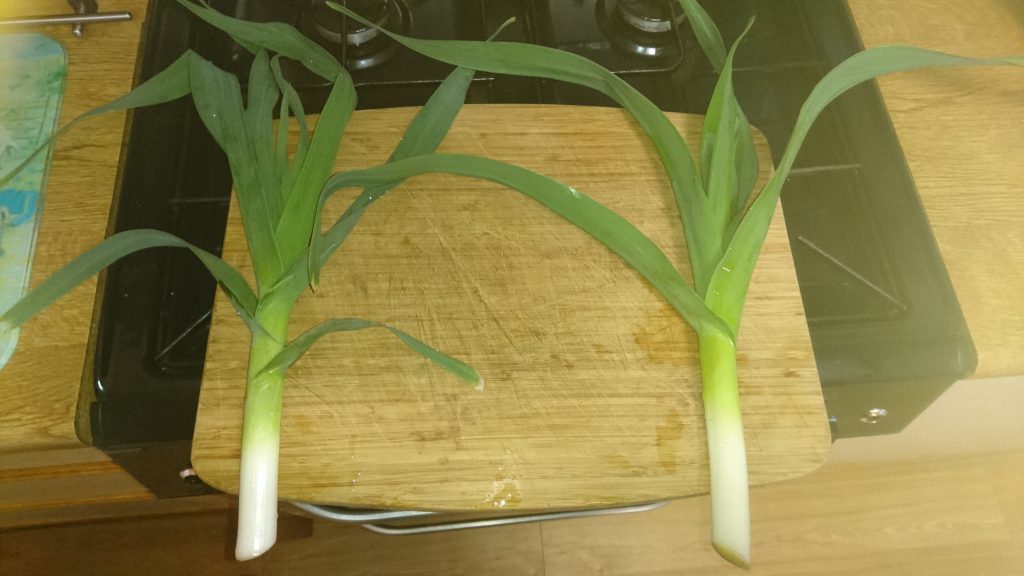 To taste I sliced them and sautéed them in a knob of butter, each leek in it’s own pan with it’s own spatula.  Both leeks were cooked on the same sized ring at the same settings for the same amount of time.  They were served in separate dishes.

Both leeks tasted great and I can’t really say that I would prefer to grow one more than the other – of course this has a sample size of one leek each so flavour and texture may vary for other leeks sampled.

All I have to do now is see if the bulbs regrow and survive for replanting in Autumn.

One thought on “Babington Leek Update”