Who doesn’t want heads of garlic as big as your fist with individual cloves almost as big as a regular head but with a mild garlic flavour that won’t loose your friends.  Well that’s what Elephant Garlic gives you.

Elephant Garlic (Allium Ampeloprasum var. Ampeloprasum) is an allium and like a lot of members of that family it has a personality crisis as it is in fact a leek.

Related to Wild Leeks and the Babington Leek Elephant Garlic produces a segmented bulb much like a large garlic head.

It has a garlic flavour but milder than regular garlic.

Propagation is usually done by replanting the individual cloves in the same manner as regular garlic in the Autumn.

These will grow and send up a flower in the spring and produce large heads of garlic.

Propagation by corms is a bit of a hit and miss affair.  As they are the last line of survival some may sprout the following spring,  some three years later.   If any of these have stayed  in the ground after harvest then some years later you can end up with a surprise crop.

Although usually producing flowers, it is possible that Elephant Garlic could produce top sets like walking onions or Babington Leeks. 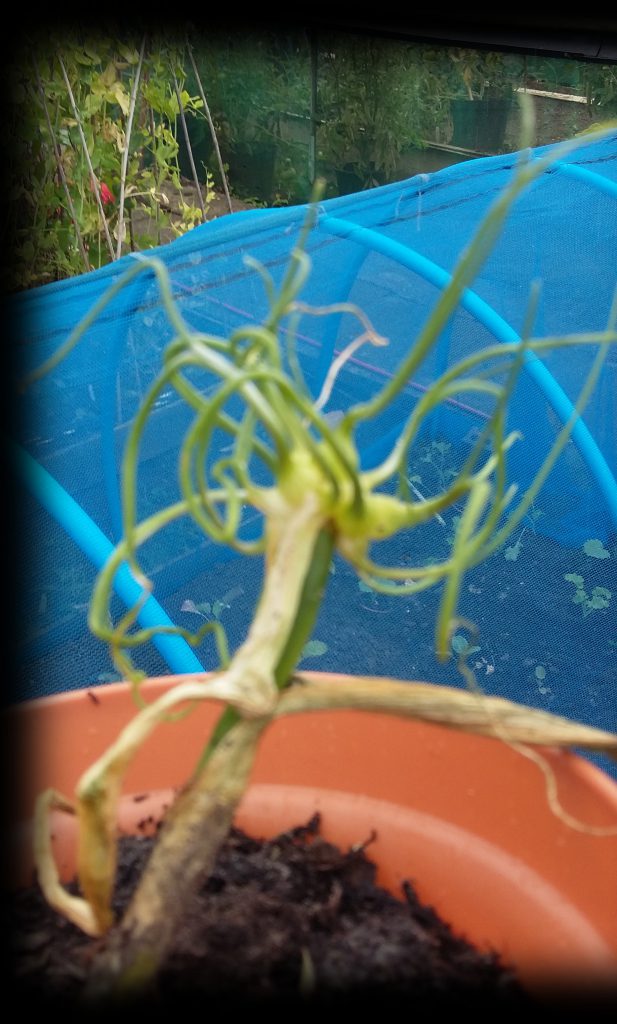 This may be done at times when they are stressed but, as they are a leek, they may be forced into producing “grass” in the same way show leeks are.

These are likely to produce rounds in the first year which will build up a head in it’s second year.

Use As A Perennial Leek

The production of bulbs means that Elephant Garlic can be used to create a perennial patch of leeks.   Pull up young leeks or cut off the stalks just underneath the surface of the soil similar to Babington Leeks and you can continue harvesting them year after year.

Baby leeks can be transplanted to grow up into garlic’s as you want, or to grow into larger leeks.