In March 2015 I got the opportunity to take on a new allotment. I was offered a choice of three plots.

The first was well worked with a green house at the front and nice looking soil.

The second was overgrown and had a nice shed/greenhouse at the back next to some trees.

The third plot was a junk yard, covered in bits and bobs the previous tenant had bought in auction and then left out in all weathers to go to ruin.

For some strange reason I decided on the third. It’s layout was divided into three sections by various structures on the plot.

The front had the collapsed fence, piles of junk and a row of rickety dilapidated shacks. A large portion was also covered by a pile of manure, ranging in freshness 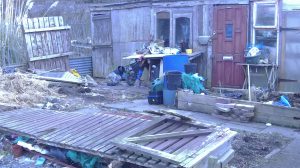 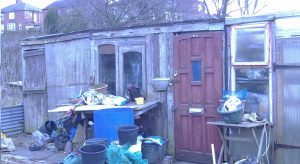 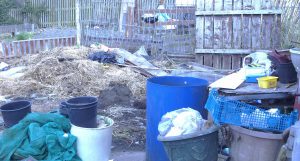 Behind the sheds sat the body of the plot, part covered wit beds knocked together with whatever was available :- worm eaten wood, multi layer poly-carbonate, plastic, wire.

Junk lay strewn about the place and every bed had alliums and brassicas growing in them. 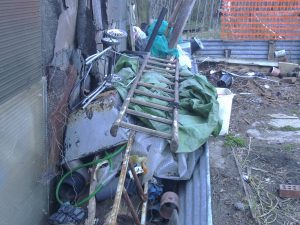 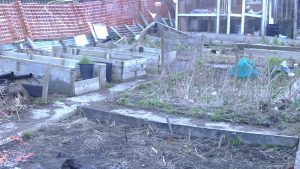 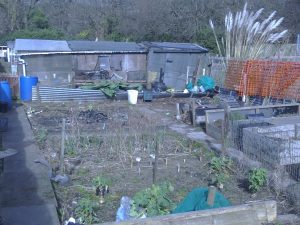 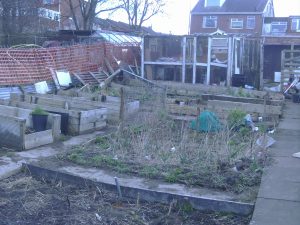 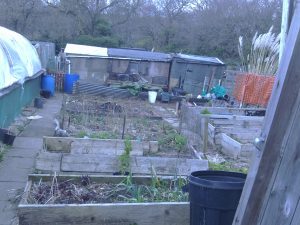 At the back of this section was the seethrough shack – a cobbled together green house designed so that the solid back faced the sun for most of the day. 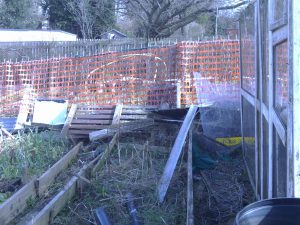 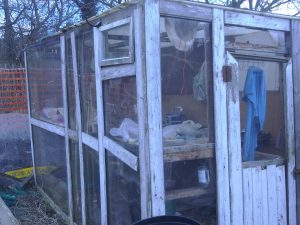 Lurking behind this was the third and final section – once used to house chickens this had 3 more shacks in it, was fenced and contained a selection of wood fencing panels and sheds full of rubbish and junk.. 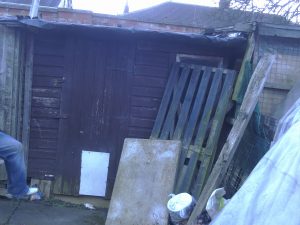 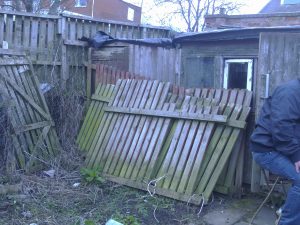 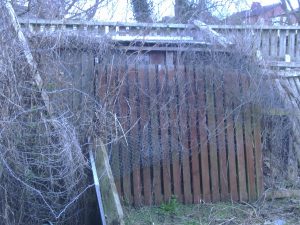 This was the layout of the plot when I viewed it so I guess you can see why i snapped it up there and then. The secretary checked a couple of time if I wanted to think on it but I had made my choice. 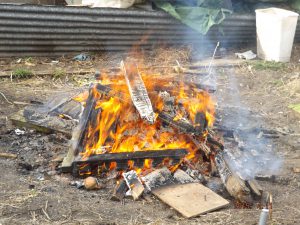 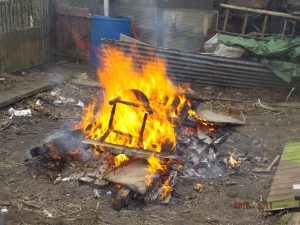 Of course there was too much to get through so the back section became a wood storage area for the time being.