I had my plot (The Jungle, plot number 3) for a year and put a lot of work into bringing it back into production.  During this time the plot next door stood idle.

It was uncultivated, covered in weeds – docks, lupins, poppies. bind weed, ground elder and nettles covered the beds and paths.  The plot holder was abroad and the plot just went wild.

During the first year I dropped a couple of subtle hints – and a number of totally unsubtle blatant hints as well- that if it was to become available I’d be interested in taking it on.  One of the thoughts behind this was just to control the weeds.

In April 2016 I got a call from the Secretary – the plot was now vacant and that the committee had discussed it and were happy for me to take it on. I thought about it for a while and three seconds later snapped it up.

One of the commanding features of the plot was a massive pampas grass which dominated the front of the plot.

Whilst it would have looked great in the center of a large lawn it was out of place on an allotment and was the first thing to be earmarked for expulsion. 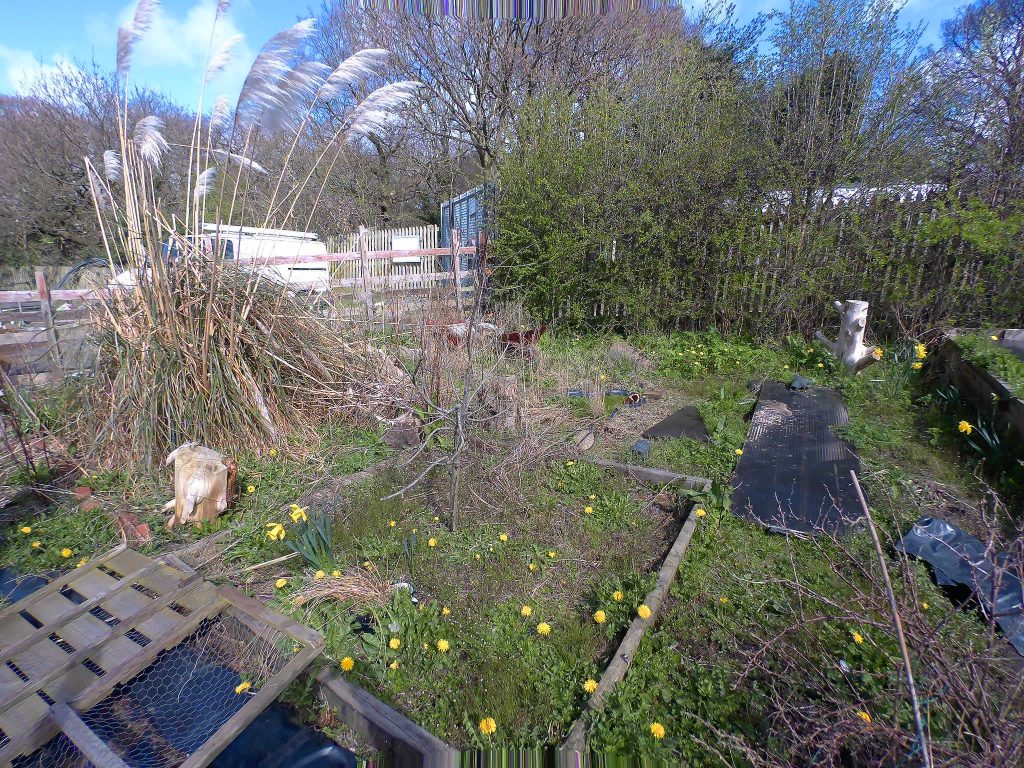 There’s 5 beds on the plot 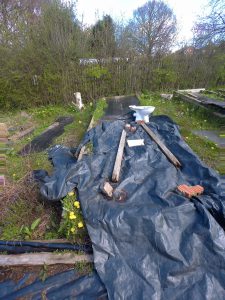 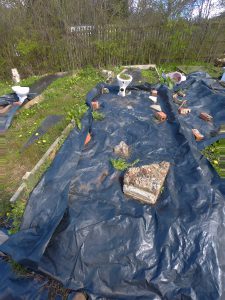 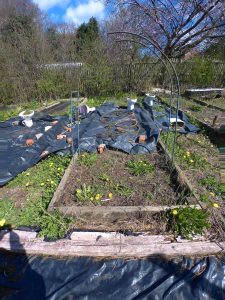 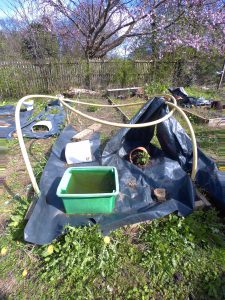 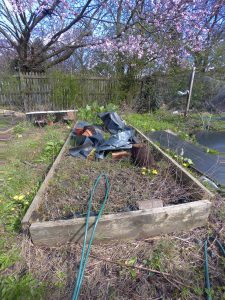 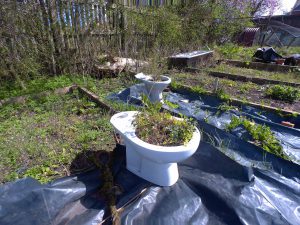 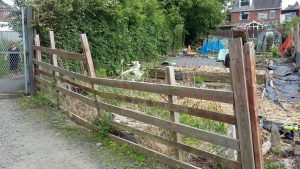 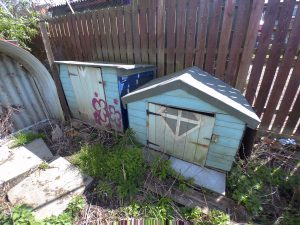 the greenhouse needs some TLC – or probably a nuke 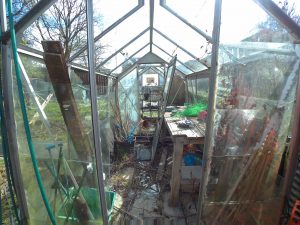 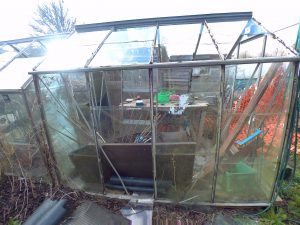 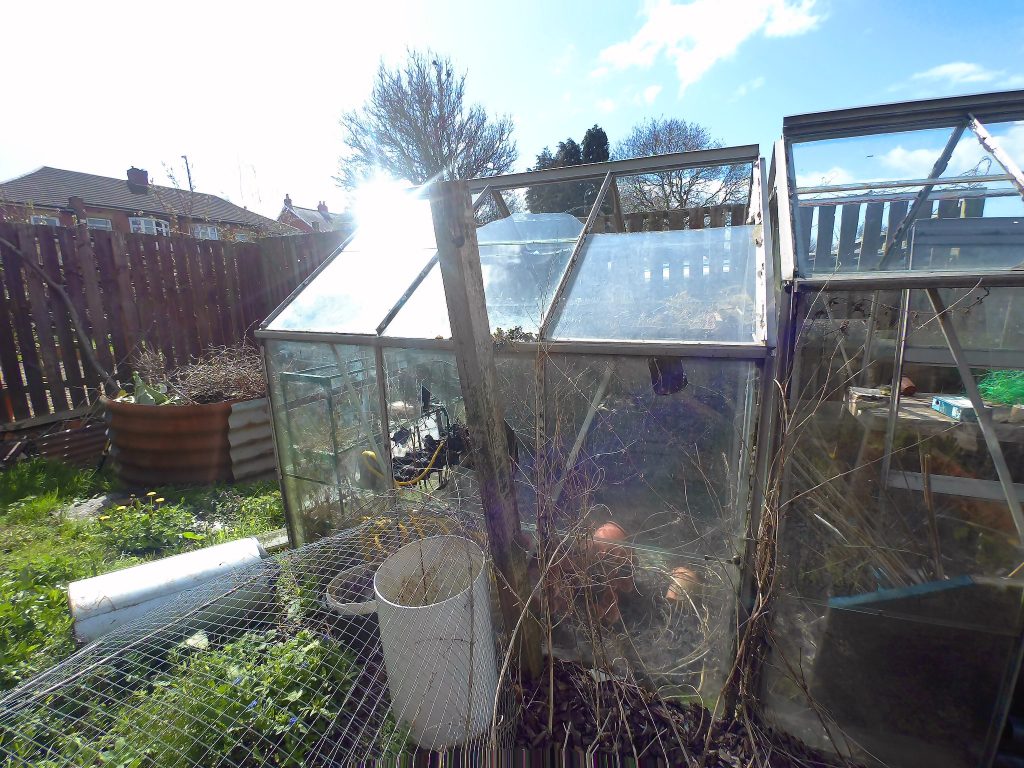 and theres a trough for a fire pit 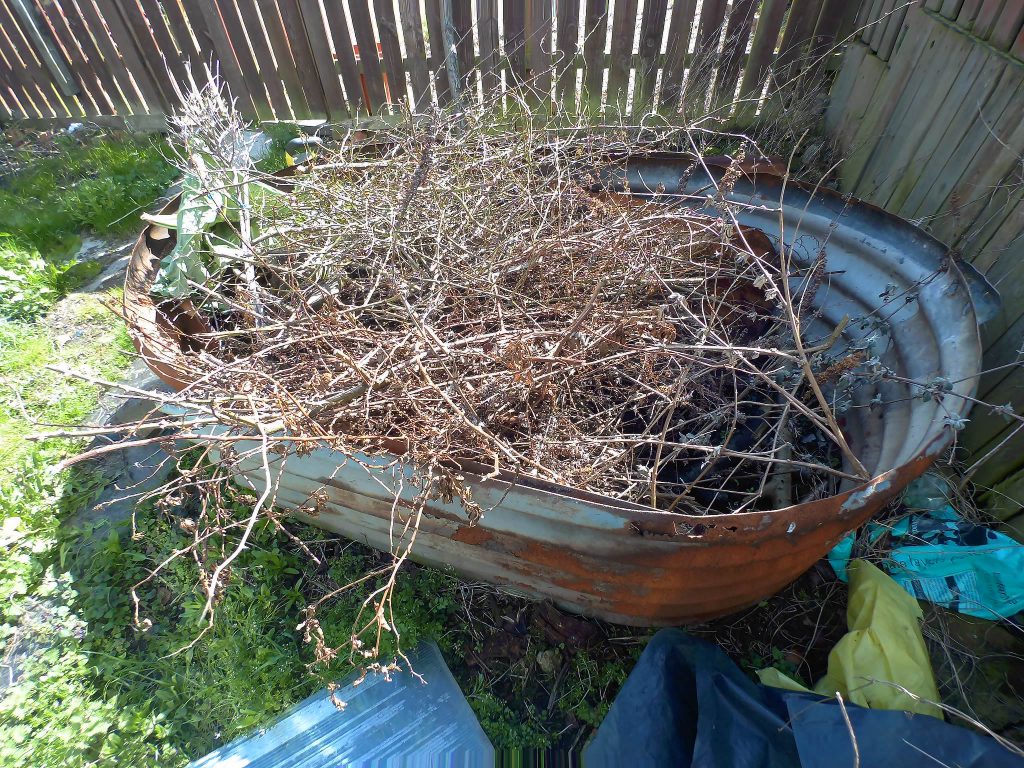 OK so first thing to do is to show that it’s under new management so a rebuild of the front fence was in order.  This gives a massive combined frontage to the plot. 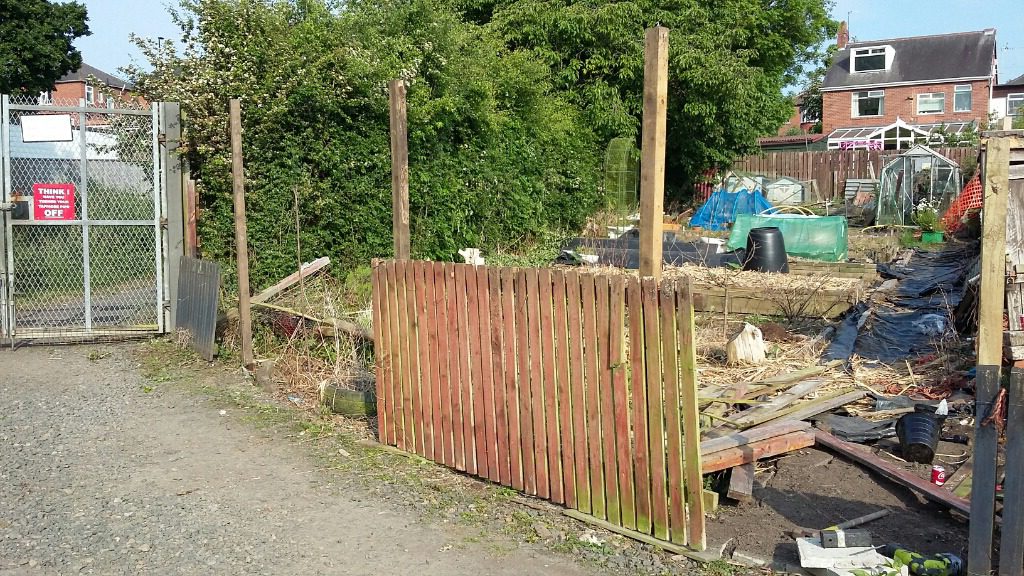 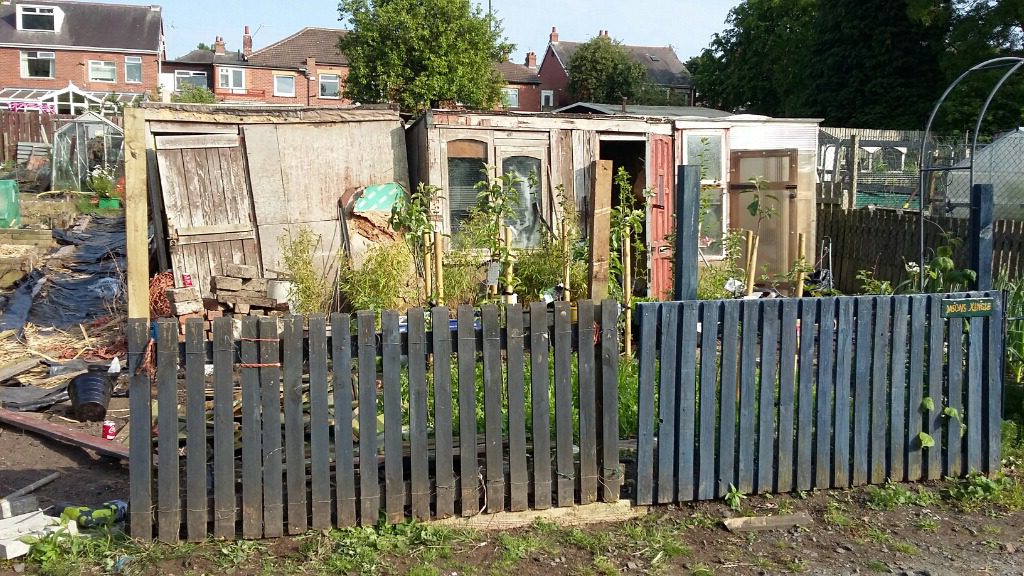 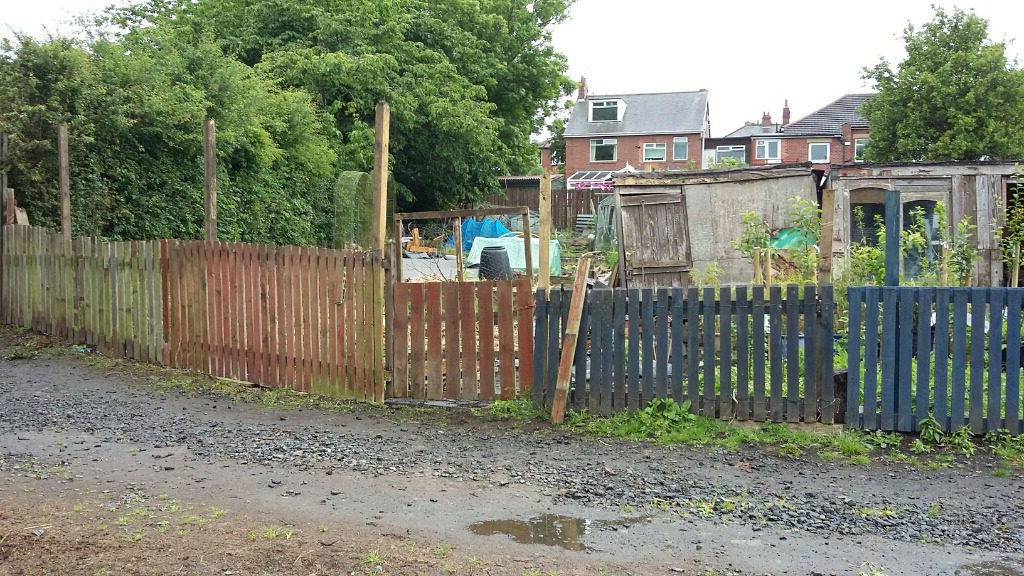 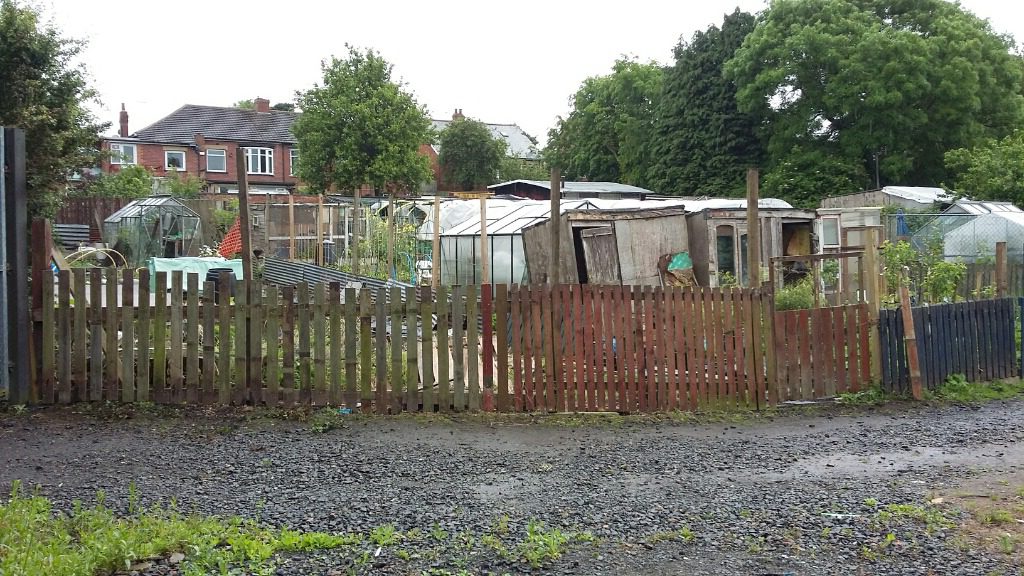 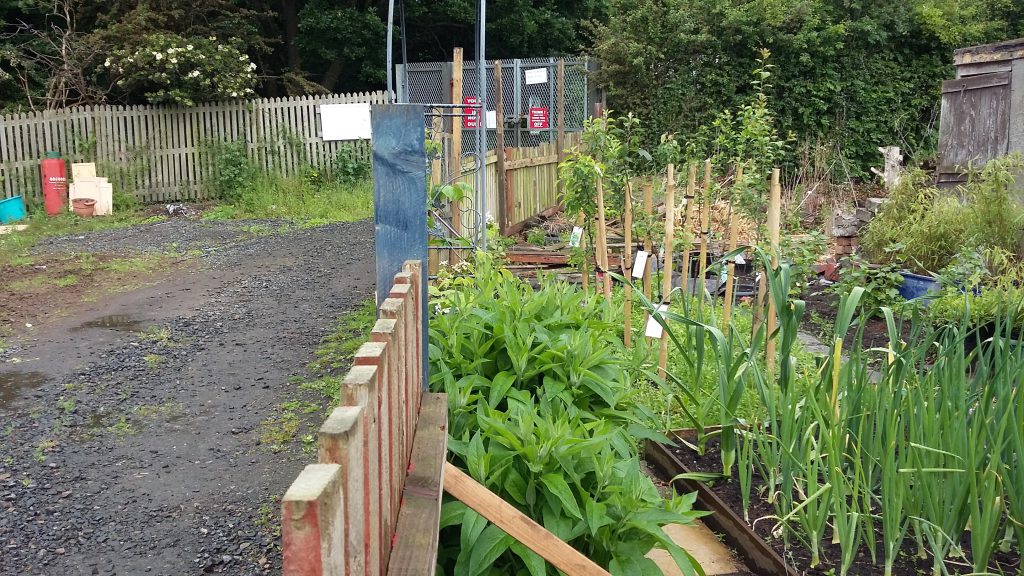 The Jungle is plot number 3 on the site and for some strange historical quirk these New Territories are numbered 1&2 – so my two plots are numbered 1&2 and 3.  Couldn’t find a ‘&’ door number so I’ve just numbered it plot 2.

As I hadn’t been really expecting to get the New Territories this year I’ve just planted squash to cover and break up the ground whilst I get my head around it and decide how to lay it out.